The BTCC is back (and so are Priority) 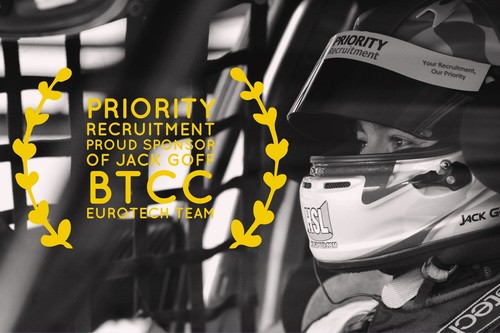 The BTCC is back (and so are Priority Recruitment)

This Saturday and Sunday 7th and 8th April at Brands Hatch

Having narrowly missed out on the independents championship in 2017 Jack returns for his second season in the Honda Type R with a real chance to upset the largely manufacturer dominated motorsport and we here at Priority Recruitment are delighted to also be back for our second season sponsoring Jack and the Eurotech family with the outstanding addition of Wix Racing as title sponsor.
There was a real buzz around the paddock specifically the Eurotech and Wix Racing garage on Media Day on the 27th March and for very good reason.  Not only does Jack Goff have a real opportunity now he is back for a second season but the odds of him winning the championship went from 20-1 to 10-1 in just that one day.
Dave Warren, MD of Wix puts a lot of this down to the fantastic buzz and 'real family feel' he got from the garage of Jack and Brett (Smith who returns alongside Jack to race for Eurotech and Wix Racing in place of his father Jeff the owner of Eurotech who had to retire from the championship last year due to injury).  The garage was full; the whole #JG31 family was there putting all others in the shade and with the new 'float like a butterfly, sting like a bee' livery there is a real sense of belief in everyone for the upcoming season.
See more video here from the legend and Priority friend (and occasional videographer!) James Heron and if you do want to know more about sponsoring Jack; get in touch with Laura Thomson on the sponsorship team for more details.
#letsdothis #nothingworthhavingcomeseasy #floatlikeabutterfly 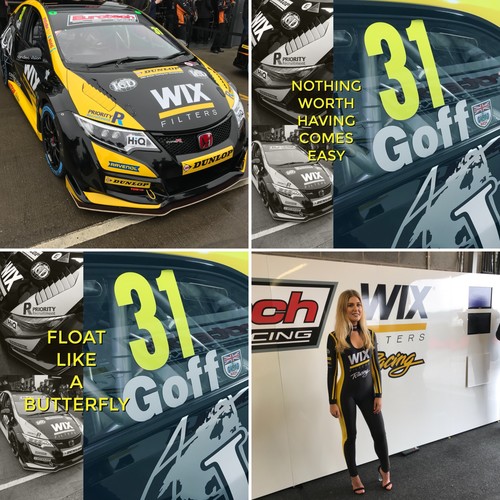 How do I Motivate Myself / My Team?

Do You Have a Good Boss? (PSPYH)

Active Listening - What is it and Why Aren't you Doing it?

Are you valued at work? (PSPYH)