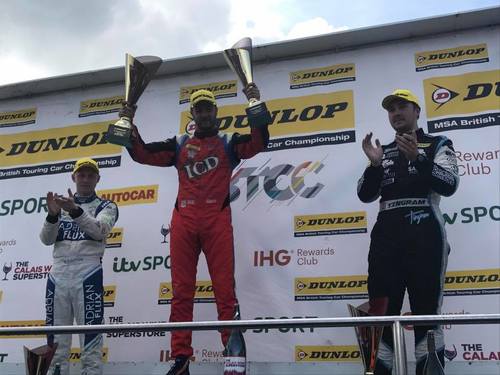 Goff smashes it at Silverstone

Jack Goff follows up his superb driving in the qualifiers to get another pole and is rewarded with a 2nd, 9th and his first '1st place' finish of the 2017 BTCC season at Silverstone last weekend.

Continuing to climb up the drivers championship (Jack is now 6th overall) Jack continues his fantastic performances with another showstopper at Silverstone.  With the Eurotech garages teeming with more than twice the number of fans than any other garage at Silverstone Jack does not disappoint with another masterclass in driving to gain only his second ever 1st place finish in the BTCC; the last one coming in 2015.
Fans' favourite and future BTCC champion Goff had his 'family' with him; and we don't just include Priority Recruitment in this list.  Candeo Vision, Carriage Return, MAC Tools, Empire RV, Dunlop and of course Jeff Smith and Eurotech were as always supporting Jack in full force as sponsors plus his full team of friends and family (too many to mention and I don't want to leave anyone out!)  Our very own MD Anders Christiansen, Operations Director Chris Thomson and Consultant Opal Harrop were there (along with Alex who insisted on coaching Jack on how to 'dab!') 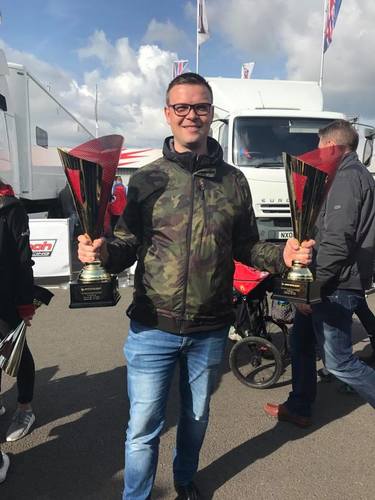 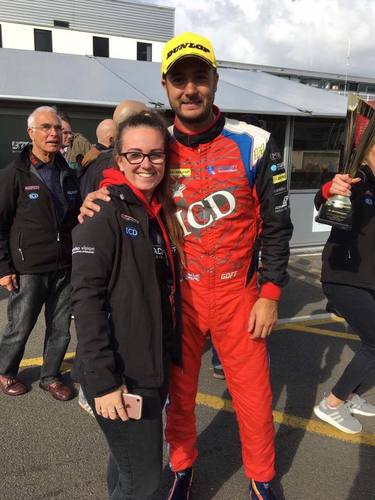 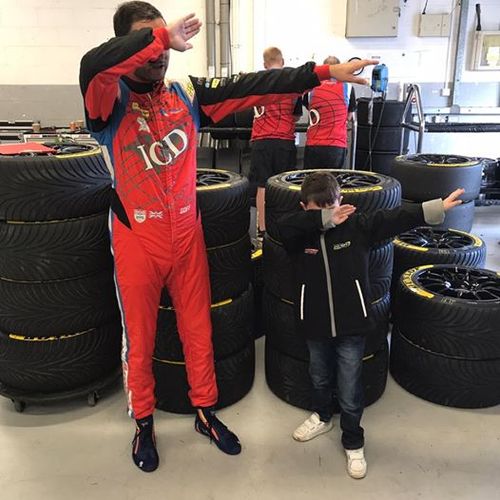 There were certainly many proud sponsor moments over the weekend; that's for sure!!  Not least 'the drift masterclass!'
We continue to support and are really looking forward to the finale at Brands Hatch on 1st October; we'll be there in force cheering Jack on in the race for the independents championships.  Special thanks also to AmSoul-Images.com for the below image; cheers guys!!!
Well done and good luck Jack from everyone here at Priority Recruitment! 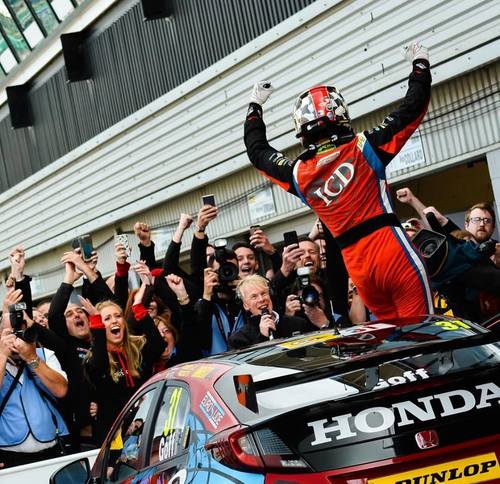